I saw this pin a while back and thought it was a fantastic idea!

I don't think I'd have the patience to create something as beautiful as that, but I quite like what I came up with.

I started off trying a bow: 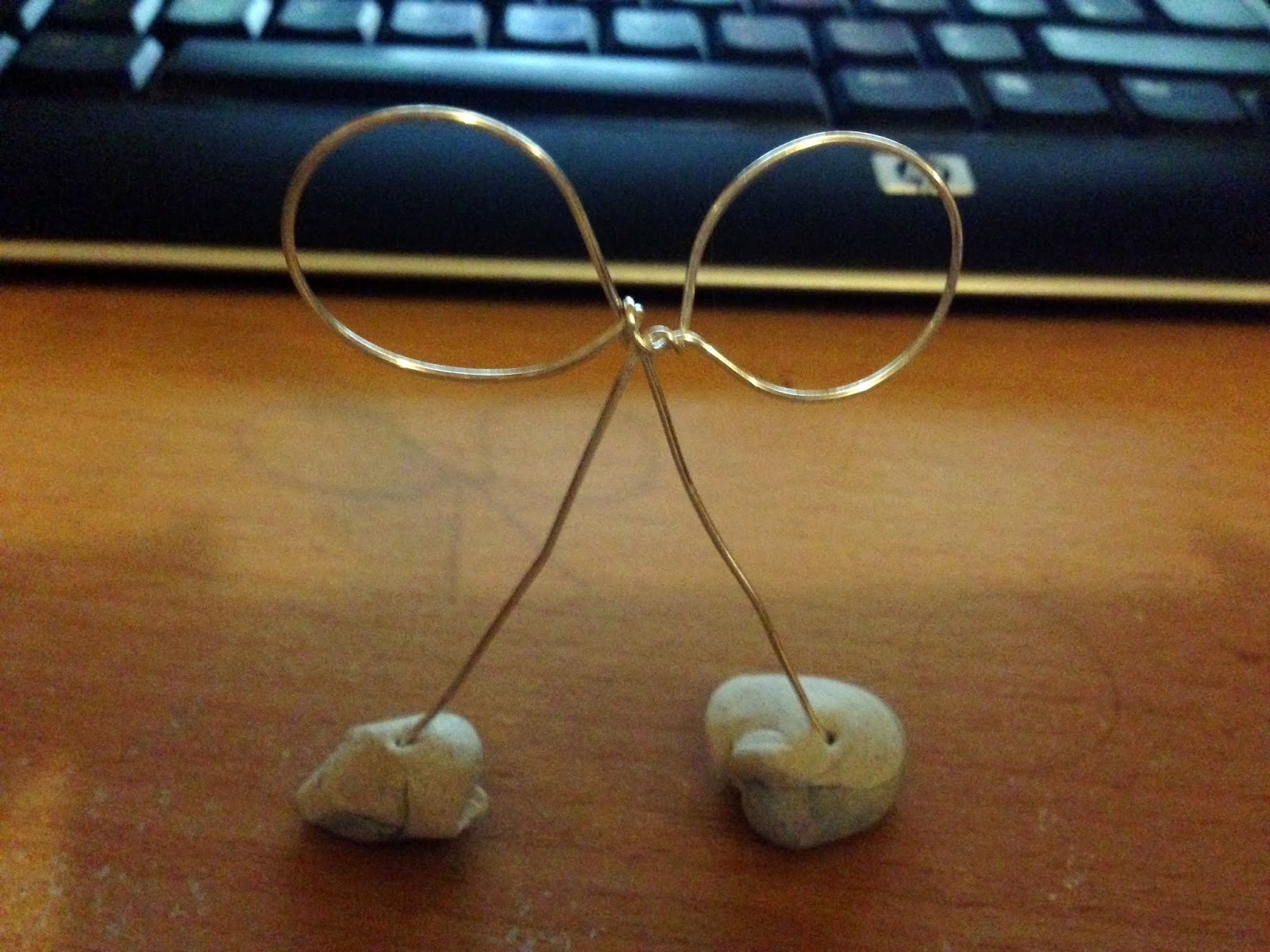 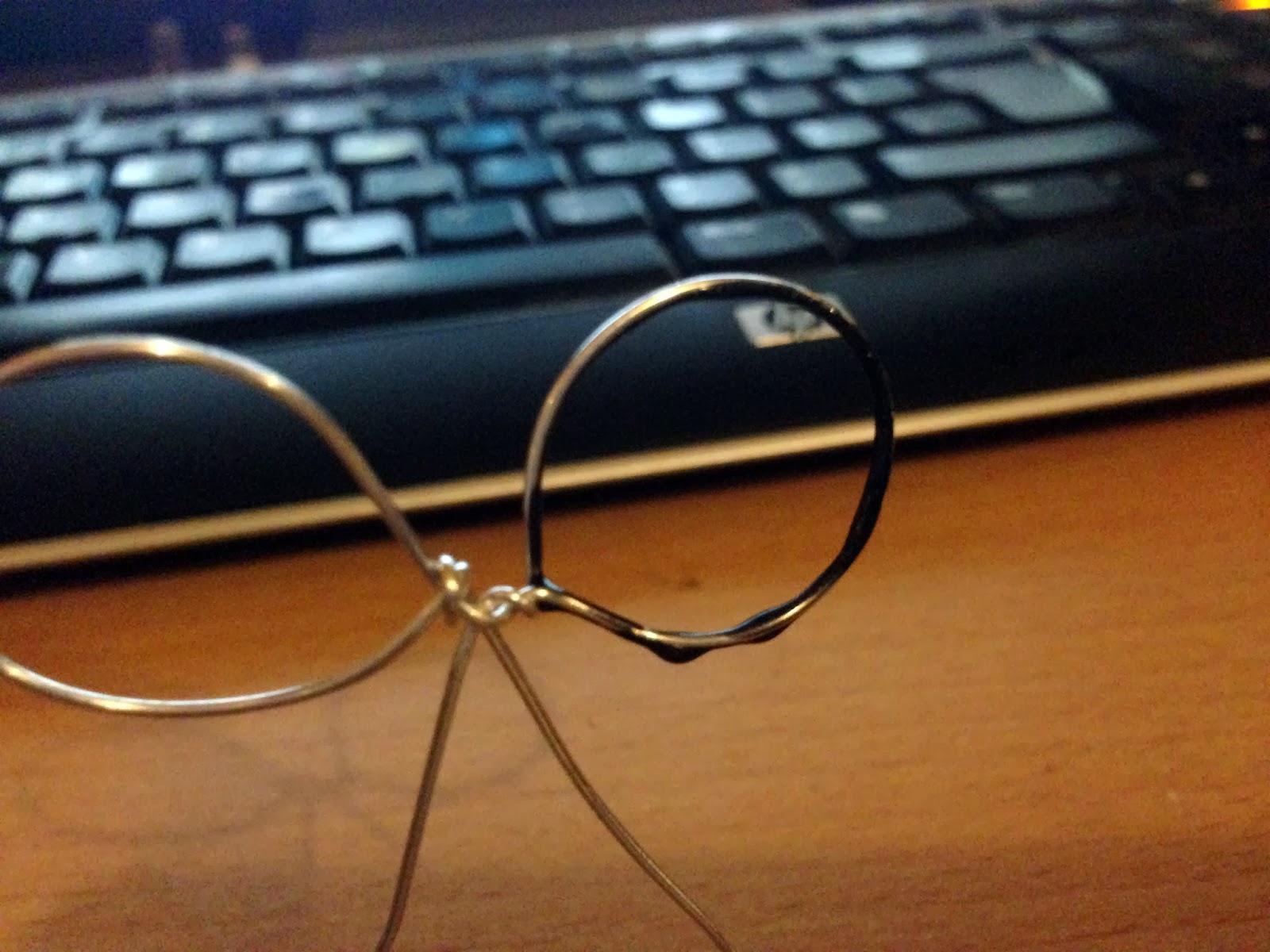 I had problems with the bow as the circle was too large and I couldn't add enough nail polish to make it stick, so I made a thinner one to practice on: 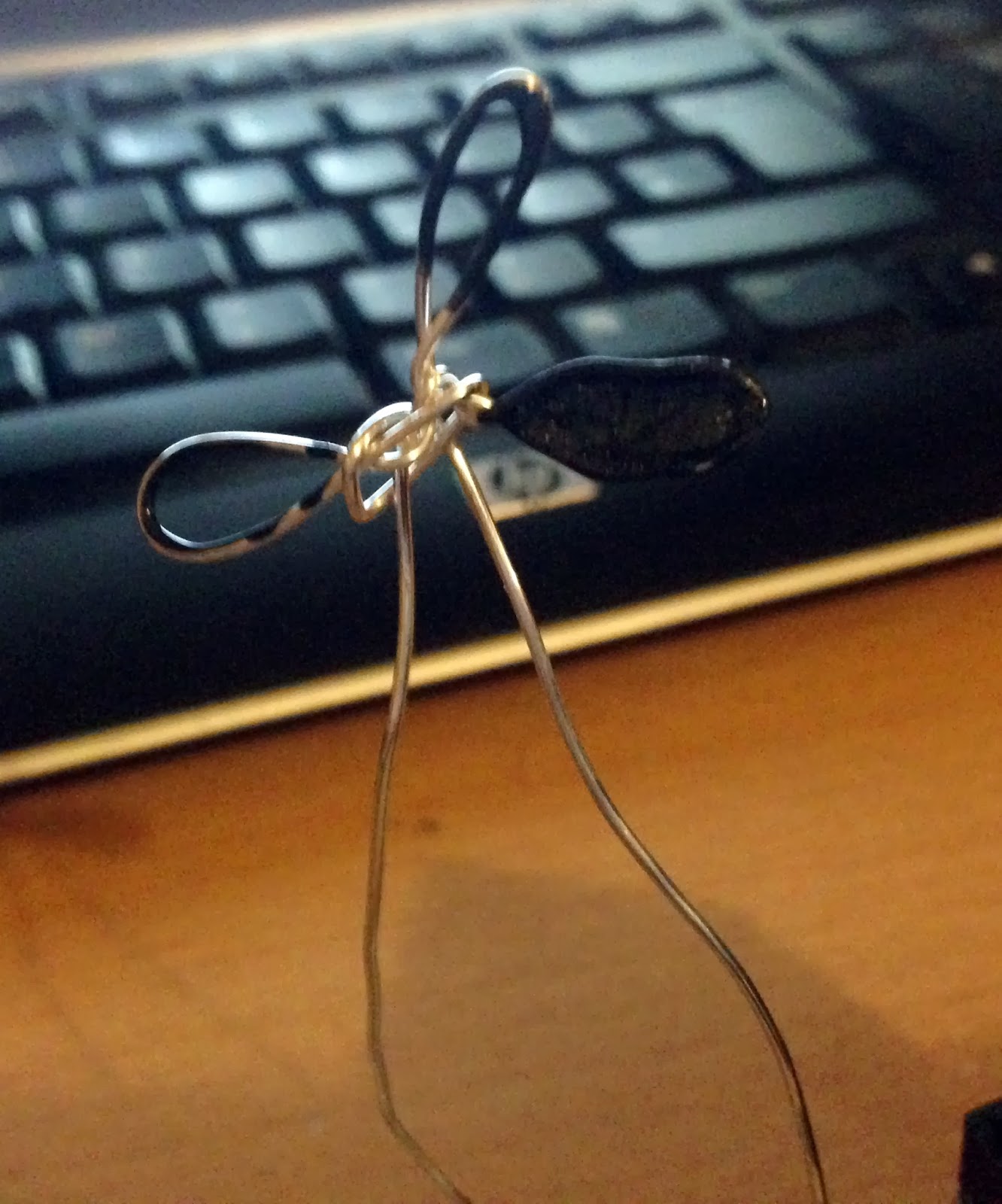 And finally got it!

So I created a collection of a few together: 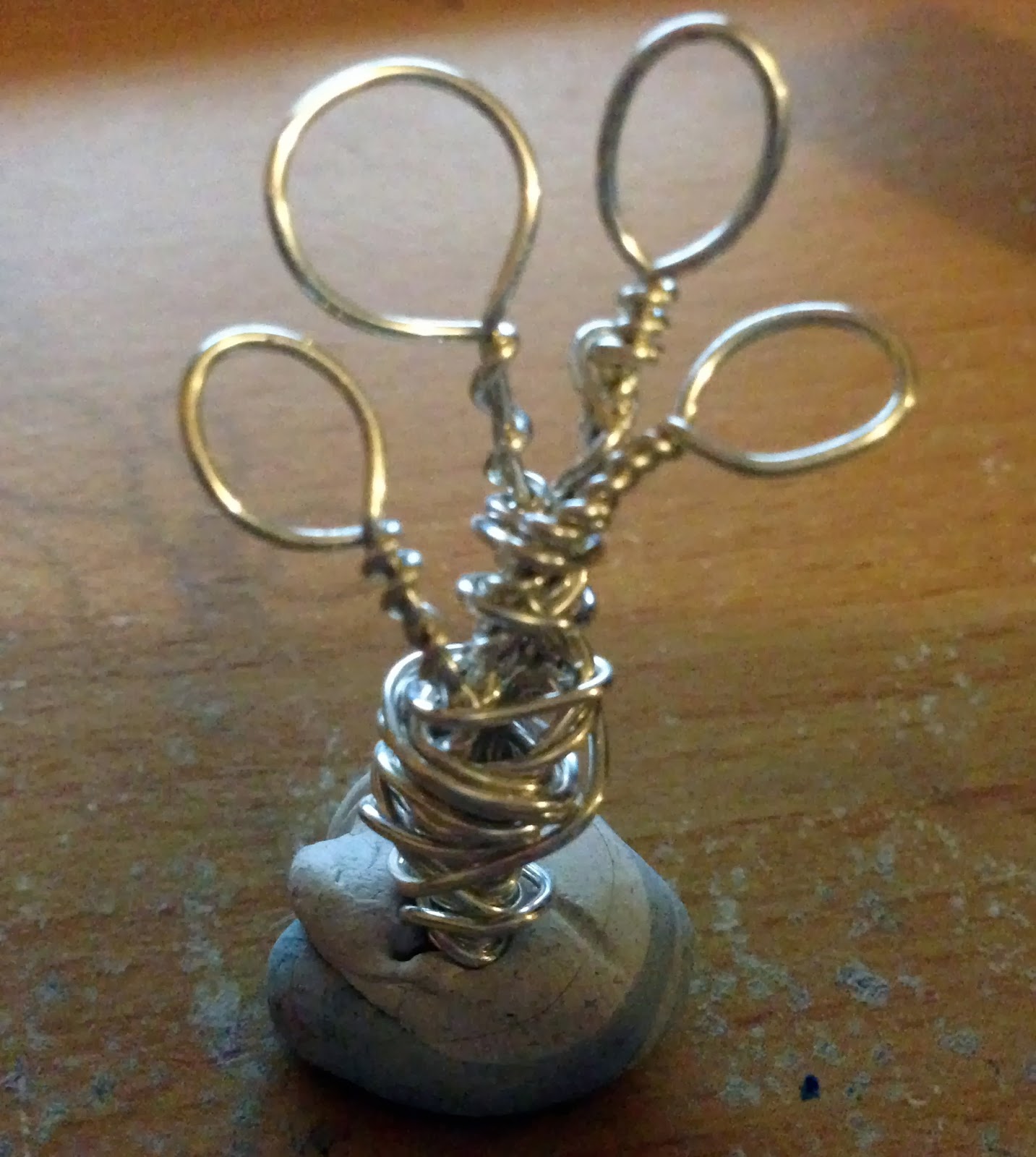 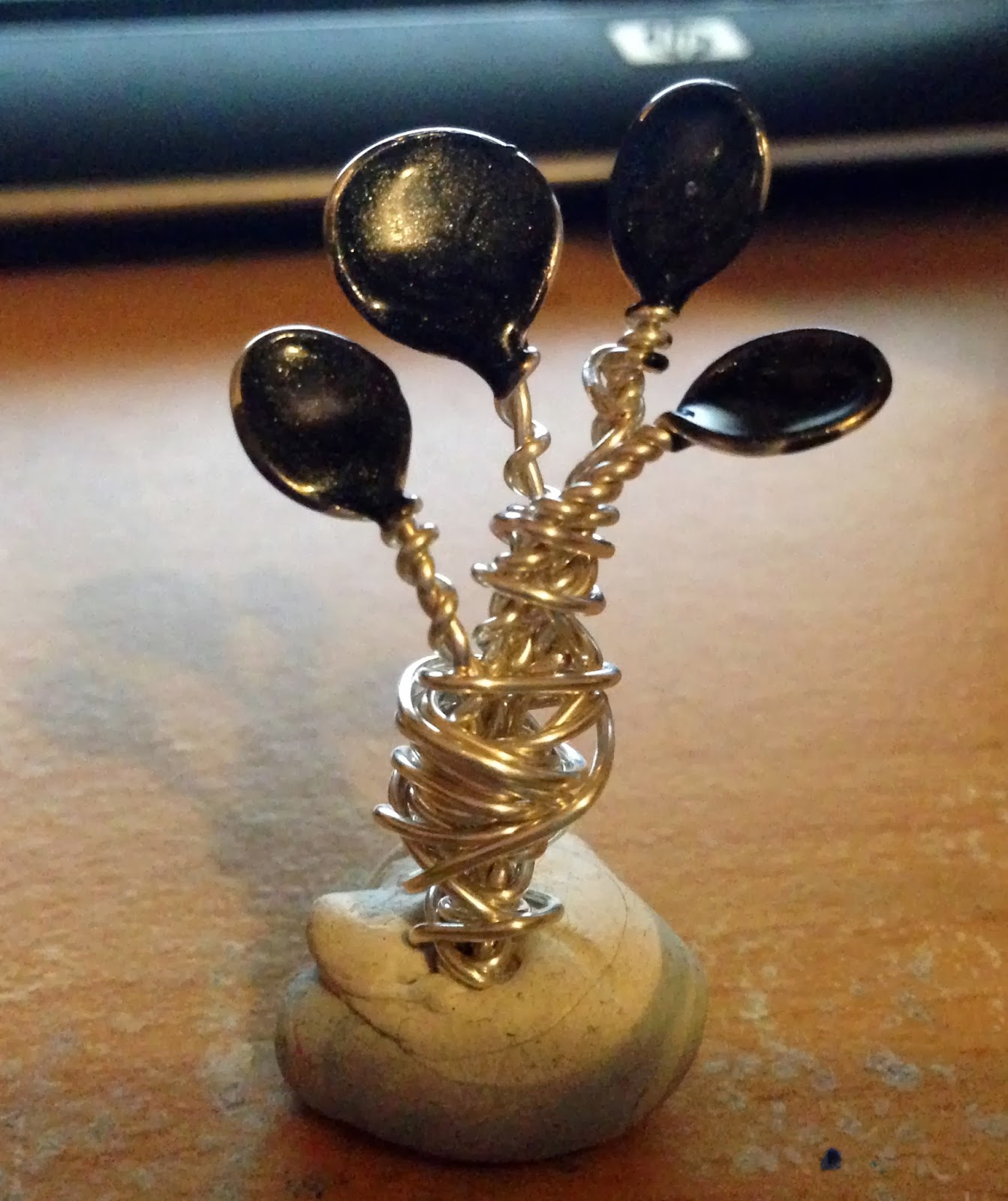 All dry the next morning: 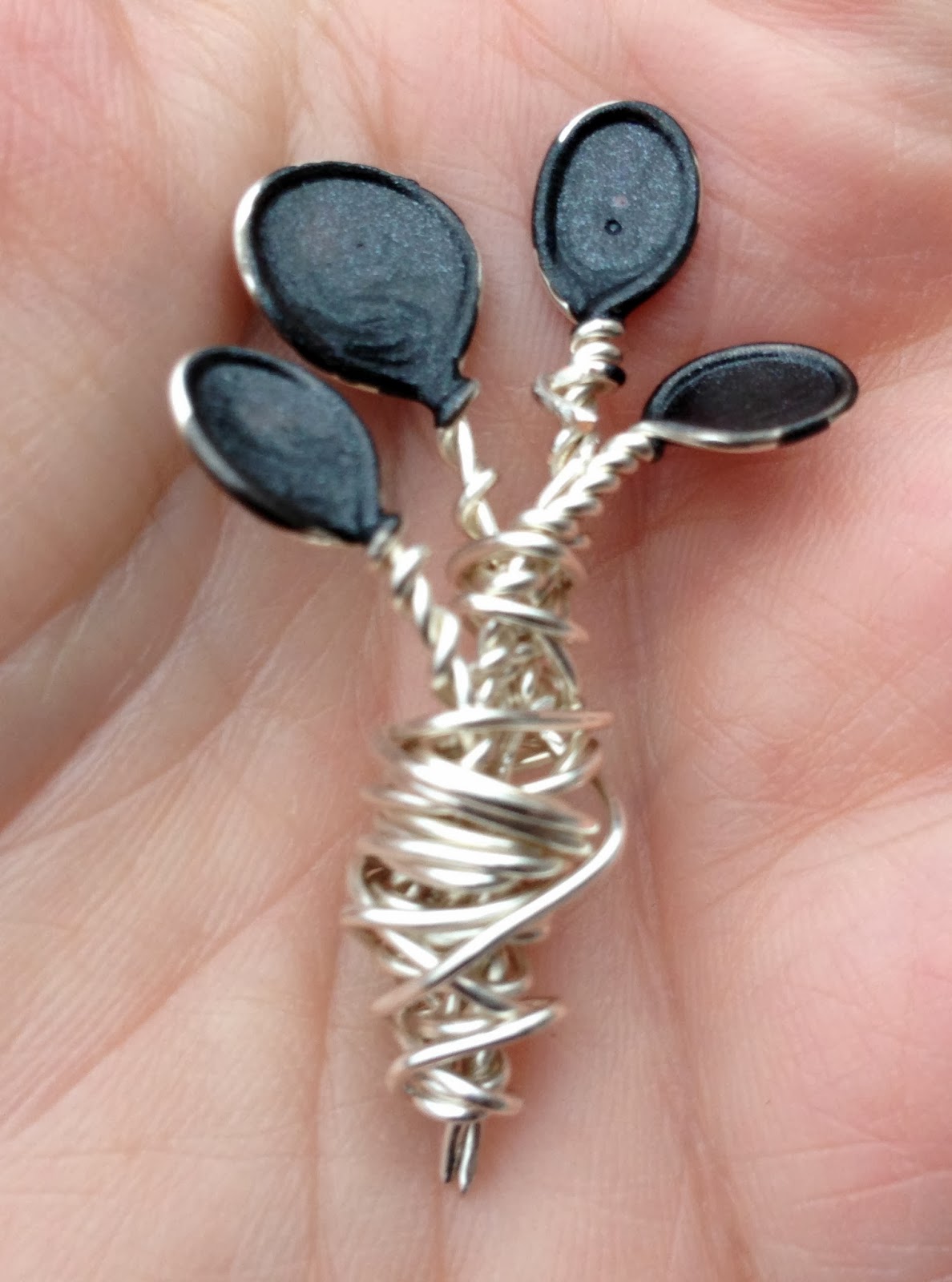 I only had the black nail varnish to hand, but I bet it would look great with pastel colour nail polishes, like the ones from the original pin.
Posted by Katie Walnuts at 12:34 No comments:

I had some clementines to use up and thought this looked great, so decided to give it a go with a twist. I had some onions and rosemary in the fridge so decided to use them too


My recipe is as follows:
3 x clementines
1 x pack of organic chicken pieces (2 thighs and 2 drumsticks)
2 x small onions
2 x sprigs of rosemary
some new potatoes (how ever many you want for 2 people)
a little olive oil
some mustard

I put the chicken in the roasting dish, peeled and then chopped the onions in half, squeezed one clementine over the chicken and sliced up the other 2. Scrubbed the potatoes and sliced into small pieces, added them all to the roasting dish and then striped the rosemary leaves from the stalks and scattered them over everything. Before putting in the oven I brushed the chicken with a little mustard and added a small slosh of olive oil. I then put them in the oven at 180 for about an hour and a half.

I served them on a bed of stir fried kale and courgette: 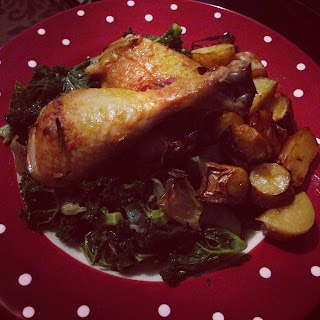 Posted by Katie Walnuts at 09:37 No comments:

Hi Guys, I came across this pin for etched wooden spoons:

I've had a wood burning tool for a while that I saw in Lidl very cheaply a while back and had been looking for an excuse to use it.

My Niece and I gave this a go last weekend, and I think they turned out great! 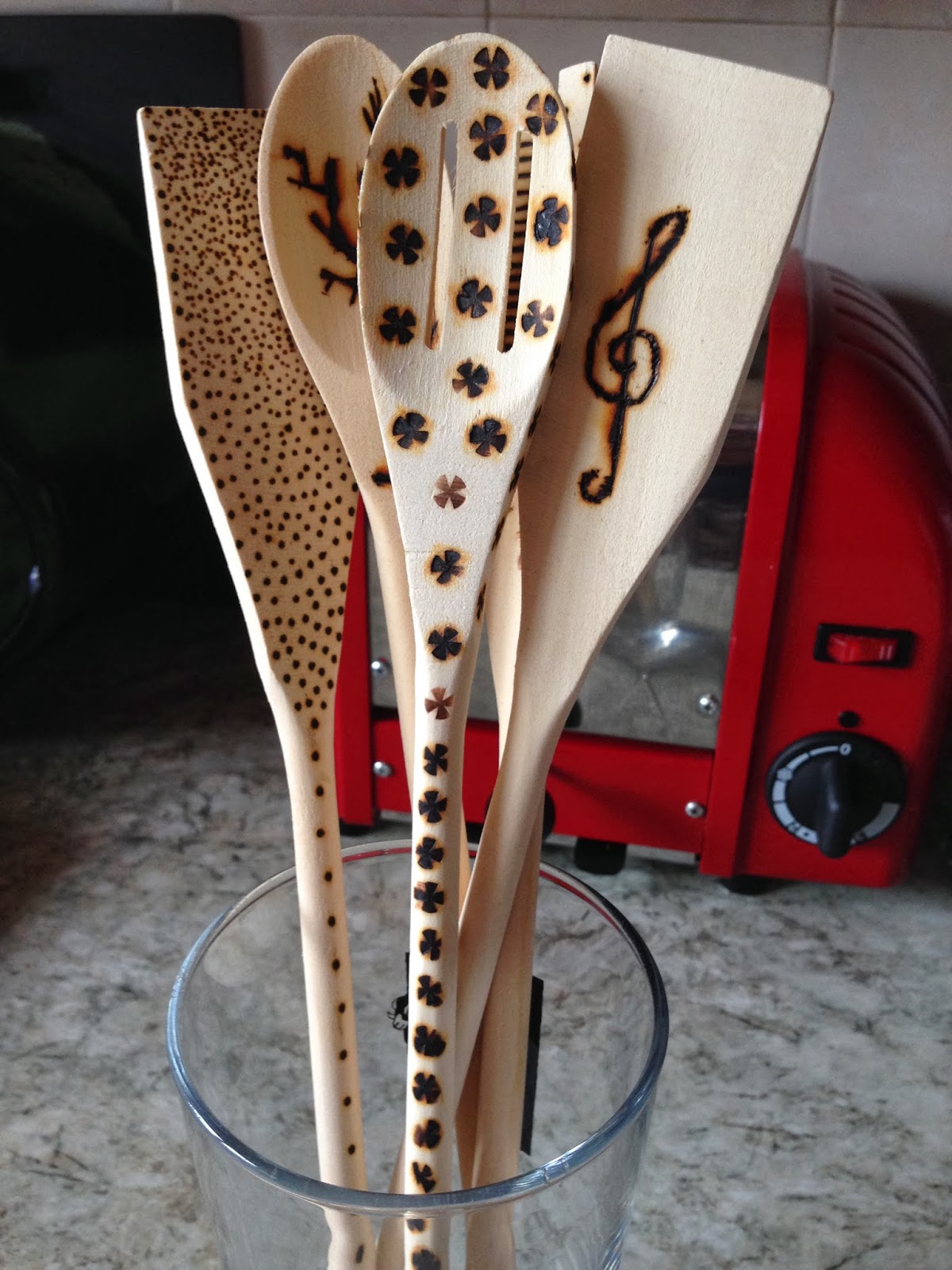 We will be listing some for sale in our Etsy shop over the next week or so (I will add the link when it's up and running).

Posted by Katie Walnuts at 07:54 No comments:

Hope you're all enjoying 2014 so far! Getting back into exercise after having a break for Christmas has been blooming hard work today, but so worth it. I've definately put on a few pounds over Christmas!

This year, we have a new addition to Emily Joan! My Neice Emily. She will be helping me with Pinterest posts, tutorials, packaging items and helping me out at shows. She may also start selling her own items too =)

I have been wanting to do a food post for a while now and after seeing the large pretzels for sale in Tesco, I decided I wanted to try to make my own.

Which is for a video by The Vegan Zombie

Here is the video:

These were SO good! I definately recommend them! I used butter instead of vegan butter, but you could use vitalite or oil for the vegan version.

Here is my attempt: 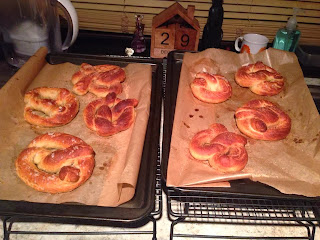 I did half with sea salt and the other half with cinnamon sugar. They were absolutely delicious!

Posted by Katie Walnuts at 12:11 No comments: